Our friends at the Colorado Eagles have chosen their Pot of Gold Recipient for 2020, and his name is Jayce Vogel. Jayce has been battling childhood cancer since the age of 6 months old. The very fact that Jayce has survived this long is truly a miracle, but that doesn't mean that his fight is over. Jayce will continue for many years with scans, treatments, and hospital stays. Jayce is one of 6 children (4 adopted) to parents Bryan and Kristi. Bryan is a Fort Collins Police Detective and Kristi is a stay at home mom. Needless to say, they have their hands full! How can you help? Take a look!

FUNDRAISER KICKS OFF WITH JERSEY AUCTION

The Colorado Eagles have announced that the team will be continuing the efforts for the “Pot of Gold” fundraiser for 3-year old Jayce Vogel with an online auction that includes all of the 2020 “Pot of Gold” signed, authentic team jerseys, a selection of signed Colorado Avalanche jerseys, as well as an authentic, one-of-a-kind goalie mask signed by Hunter Miska. The auction will begin on Monday, July 27that 10am MT and will conclude on Monday, August 3rd at 5pm MT. Fans can view the items and place their bids by downloading the Handbid app and searching for Colorado Eagles. In addition, fans can also support the Vogel family by making a donation via the Handbid app.

The specialty-themed “Pot of Gold” jerseys were originally scheduled to be worn by the team on March 21st, but the suspension of the 2019-20 AHL season due to COVID-19 forced the cancellation of that contest. Due to the shortened season, Jayce and the Vogel family will now be honored as the 2021 “Pot of Gold” recipients and all of the funds raised from the auction will be added to the fundraising effort that will go directly to the family.

At just 6 months old, Jayce was diagnosed with stage 4 metastatic neuroblastoma, a cancerous tumor that begins in nerve tissue of infants and very young children. For a year, Jayce was being cared for and treated at Children’s Hospital Colorado. 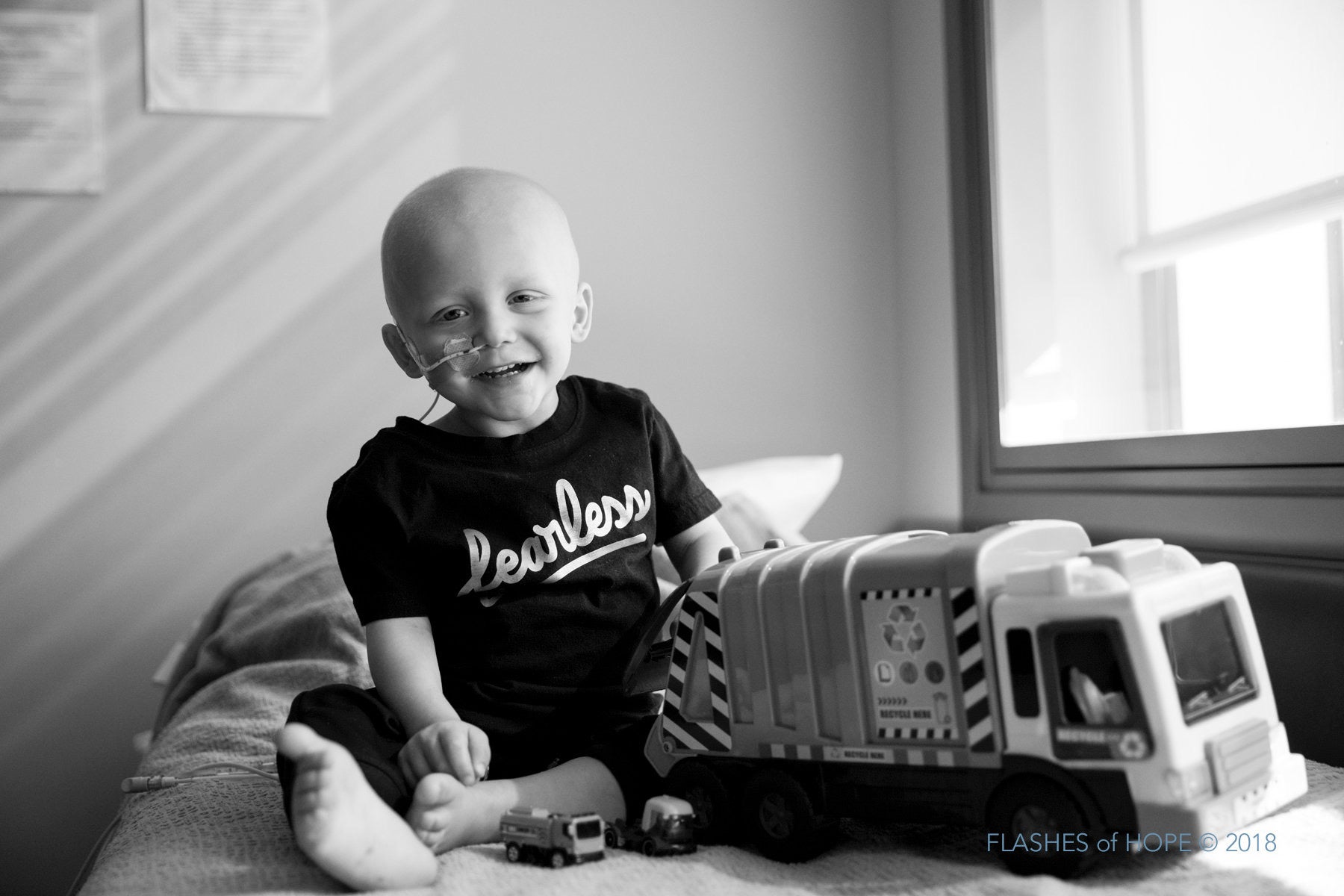 He was later referred to Memorial Sloan Kettering Cancer Center in New York for treatment, which would require monthly trips — sometimes in excess of 18 days — from their family’s home in Timnath, to New York City, where Jayce would undergo painful treatments of immunotherapy. After enduring over a year and a half of tough travel back and forth for Jayce and his family he’s since finished five more rounds of chemotherapy and 12 rounds of immunotherapy.

In addition to his neuroblastoma, he is the only child in the world known to have a condition called VIP (vasoactive intestinal peptide), which has not responded to traditional treatment options. Most children that have VIP are cured upon tumor removal, and the few that have needed more have either responded to a specific medicine, or unfortunately passed away. For Jayce, there is no known cure, but rather only maintenance while Jayce’s cancer matures.

The specialty-themed “Pot of Gold” jerseys were originally scheduled to be worn by the team on March 21st, but the suspension of the 2019-20 AHL season due to COVID-19 forced the cancellation of that contest. Due to the shortened season, Jayce and the Vogel family will now be honored during the 2020-21 season with more details to be announced in the future.

Complete info and how you can help https://www.coloradoeagles.com/PotOfGold

About Scott and Sadie